We regret to inform Uneebo is no longer in business due to the pandemic. We recommend using Houzz.com or Thumbtack.com to find an interior designer. 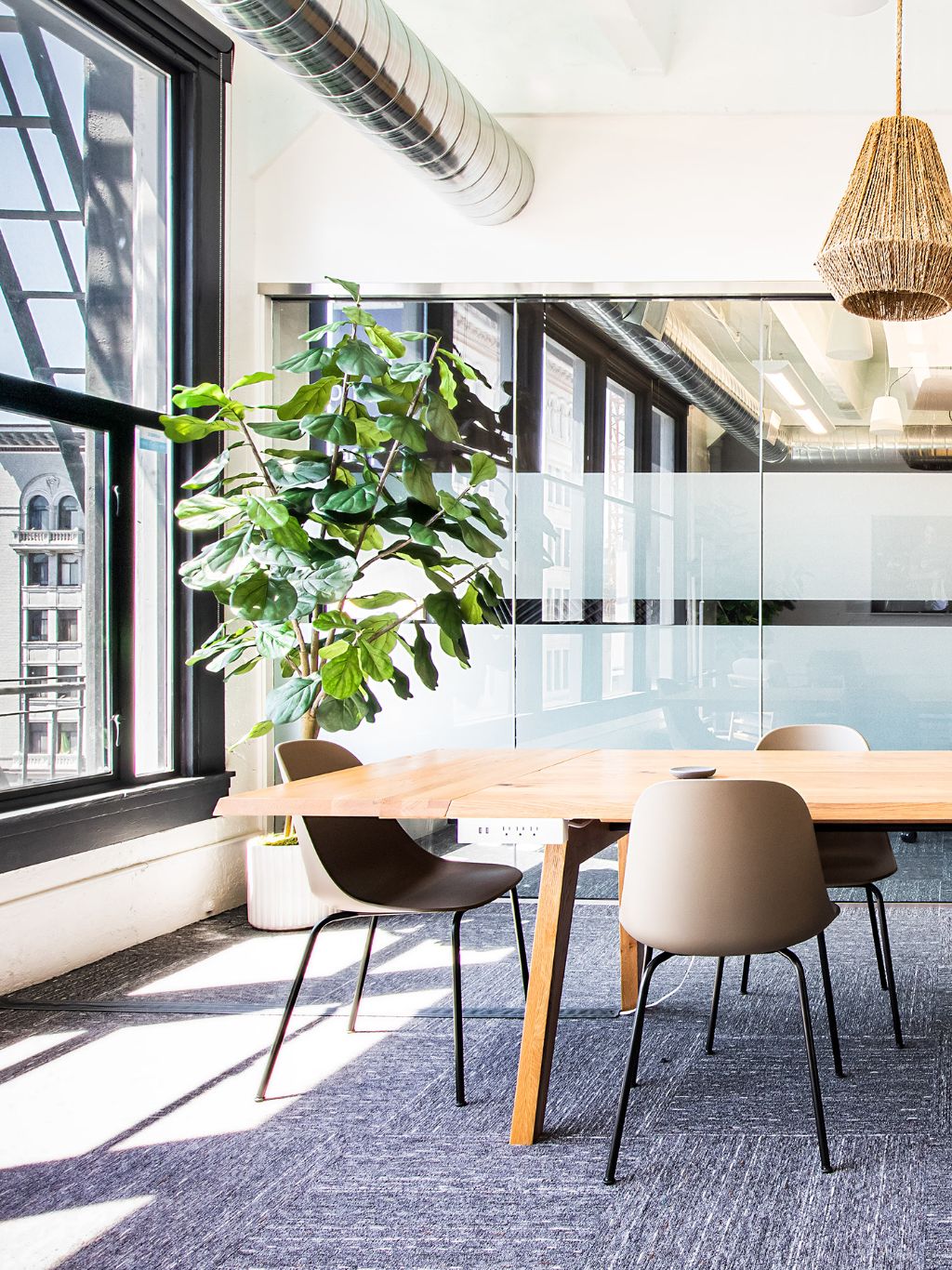 Our simple step-by-step process allows you to be in control of your budget, timeline and get that dream office faster. 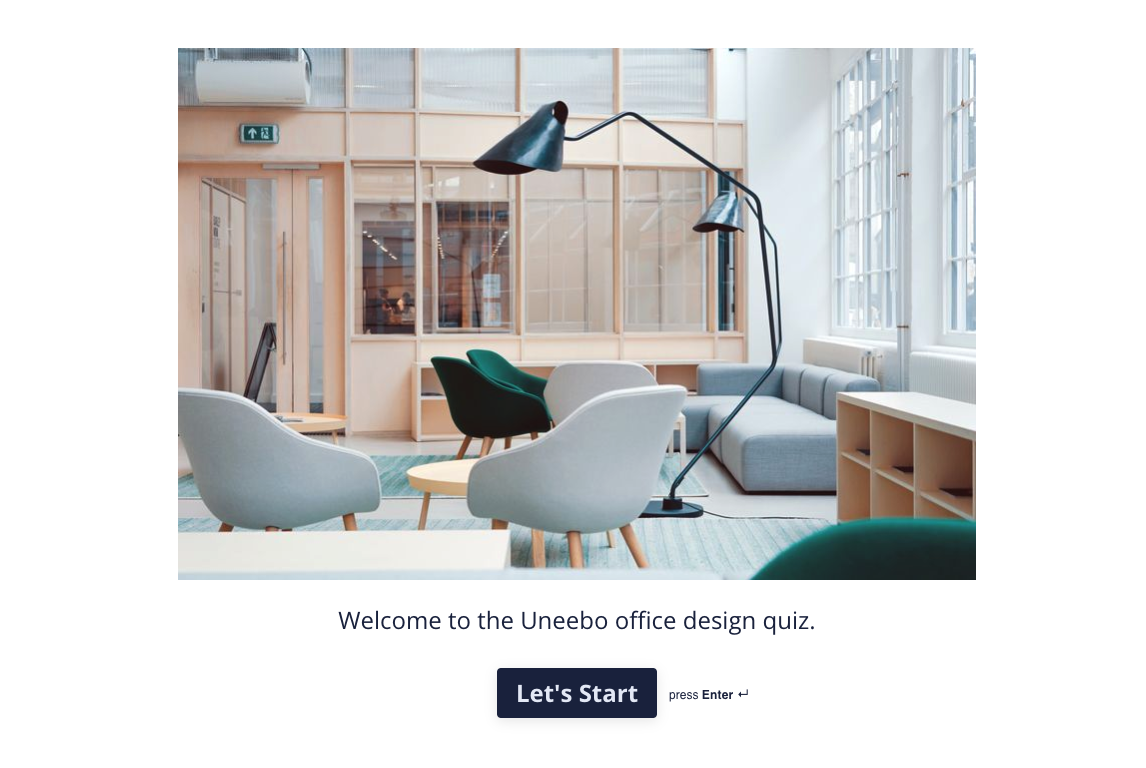 Get started with our style quiz for us to learn more about your office design project.

You'll have a free consultation

We like to be super transparent about what you're paying for and how much the project will all add up to. Our design team will have a consultation with you and get a quote out as soon as possible! 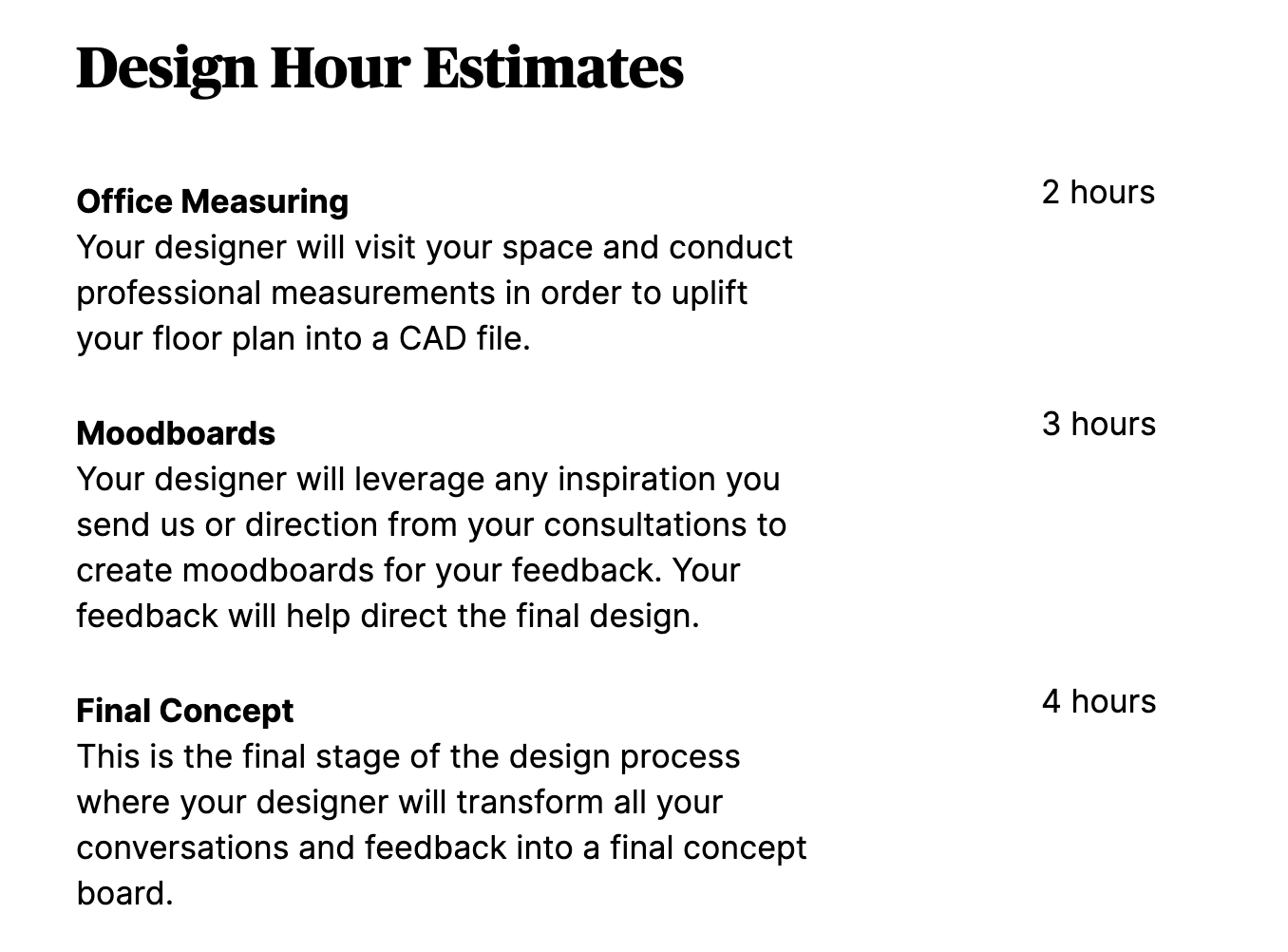 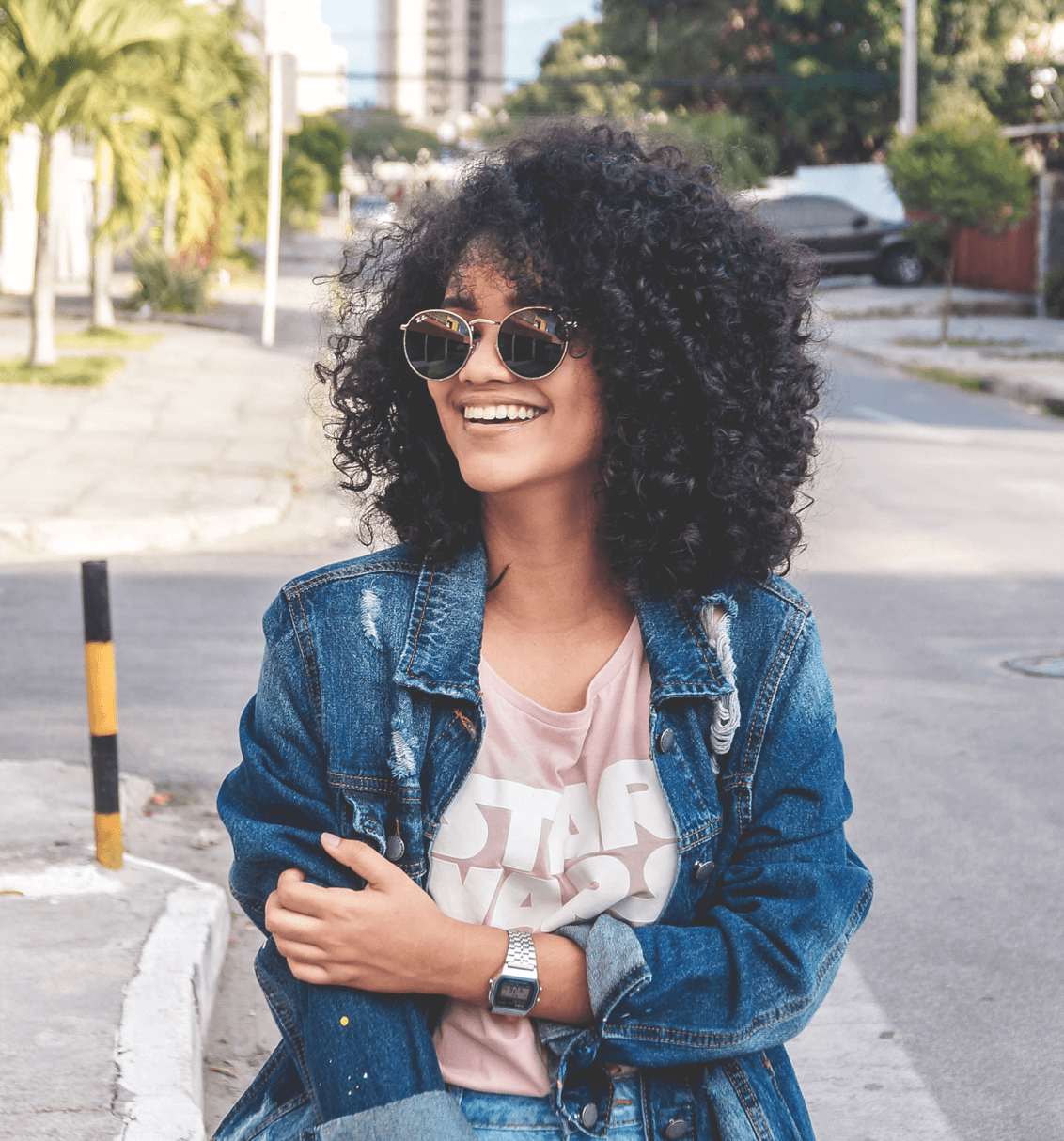 Your project kicks off!

Your dedicated interior designer will schedule a call with you to go through every small detail so that your project runs as smooth as a whistle.

Collaborate with your designer in real-time 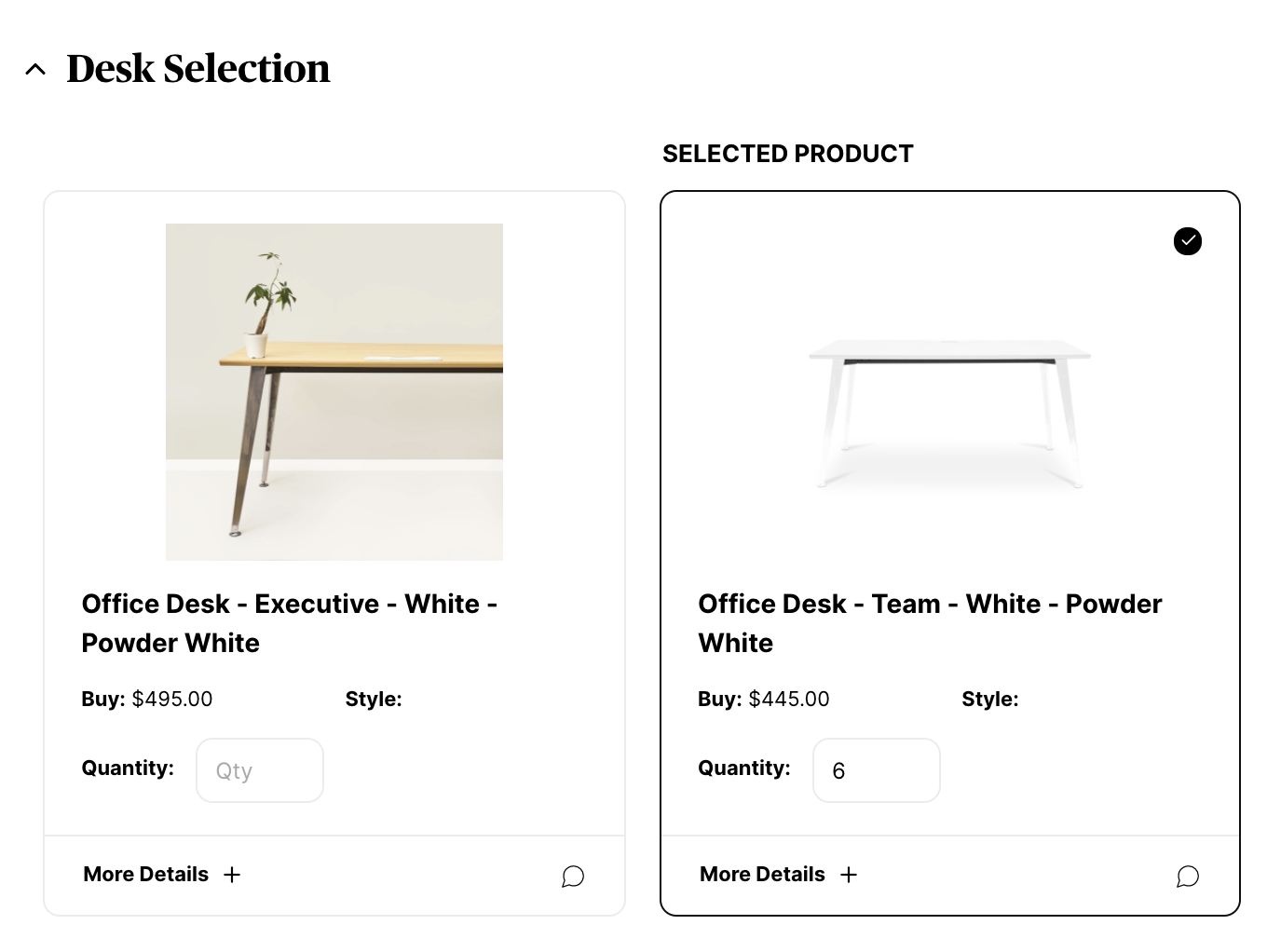 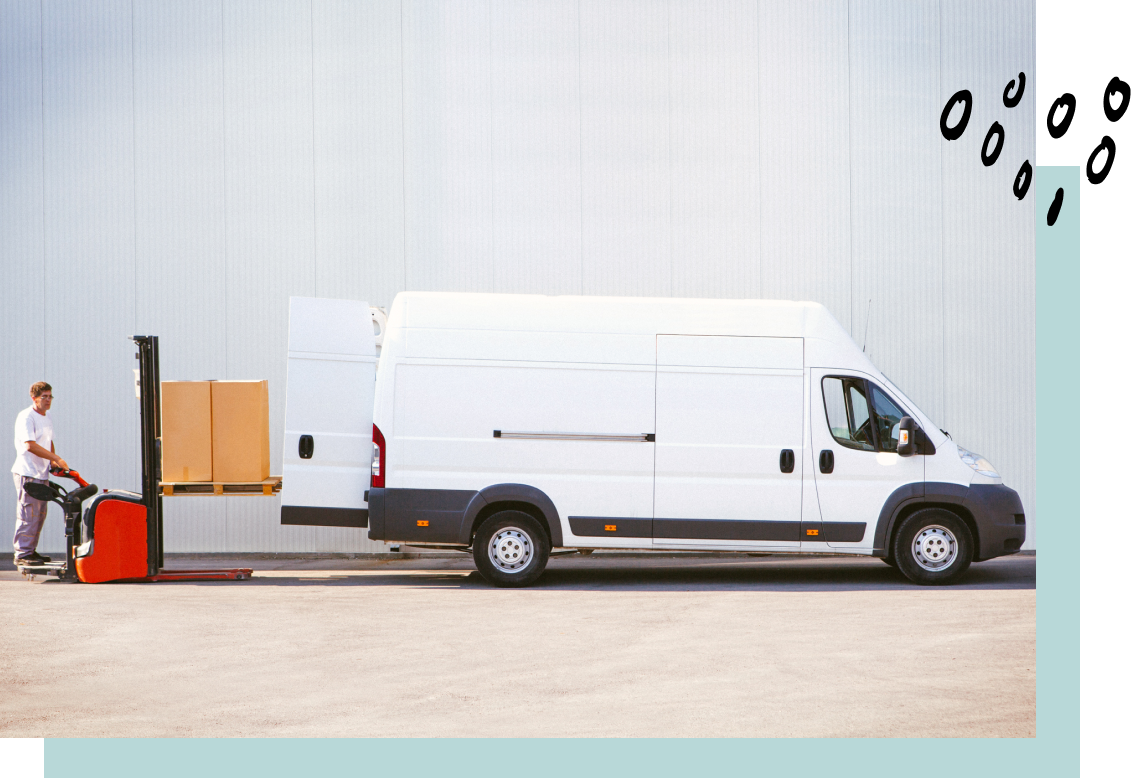 See how much our clients loved their experience

With no mark-up's and no hidden fees, we pride ourselves on delivering a transparent and seamless design experience to our clients.

To be honest, every design is unique. It certainly combines a pleasant design and an environment that charges you for long and hard work. Nevertheless, the office is the second home for the worker. Therefore, today we will analyze how a cozy and positive atmosphere can be expressed in office furniture and your office layout in San Antonio.

The difference in office layouts

Each of the office layouts has factors that contribute to an improved organization and the higher productivity of a firm. But it is worth considering a purely personal option that is right for you. A carefully thought-out office layout helps to raise the status of the business and make the most of the employees' opportunities by properly allocating their time for the tasks.

This is the second, no less critical characteristic - buy nice or buy twice. The level of wear and tear of furniture manifests itself too early if you decide to save on it. Office furniture is exactly what you would not want to buy for your office in San Antonio every two months.

Be sure it will pay off three times, especially in work progress. Work progress depends on workers' personal and job problems, weather, and time of year, salaries, and the attitude of the superiors.

The furniture is not the last on the list, because:

What layout and furniture choices for the office?

The main thing is to approach this issue wisely. Take the example of companies you know in San Antonio that have high ratings. They got them thanks to the team's clear and well-coordinated work, which was provided by office layout and right furniture. 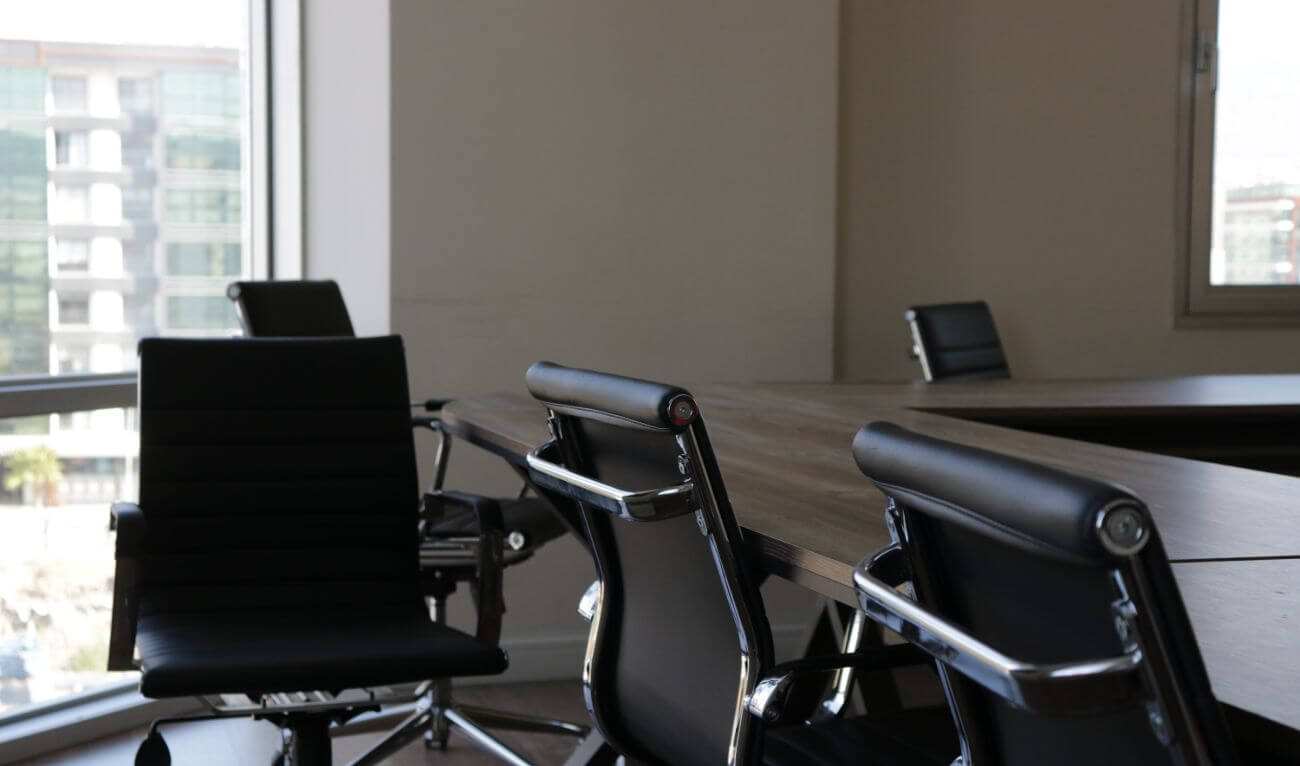 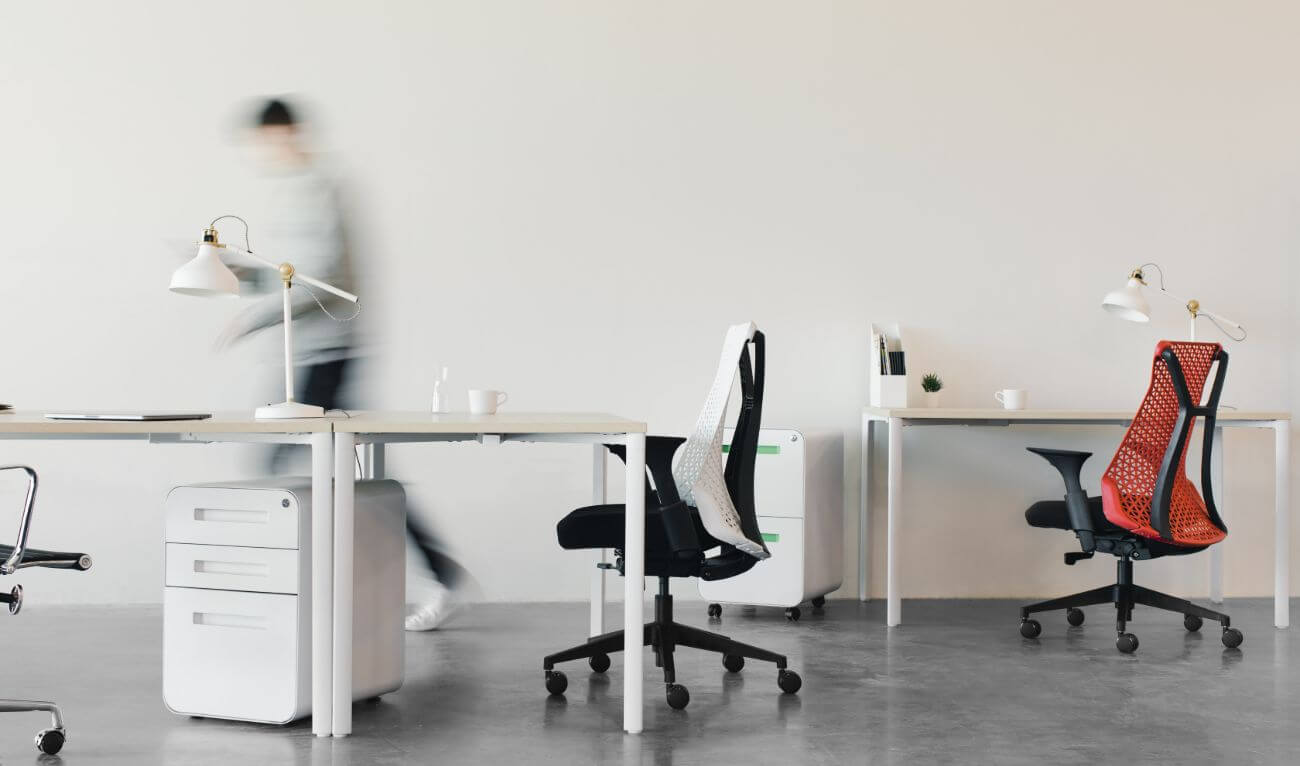 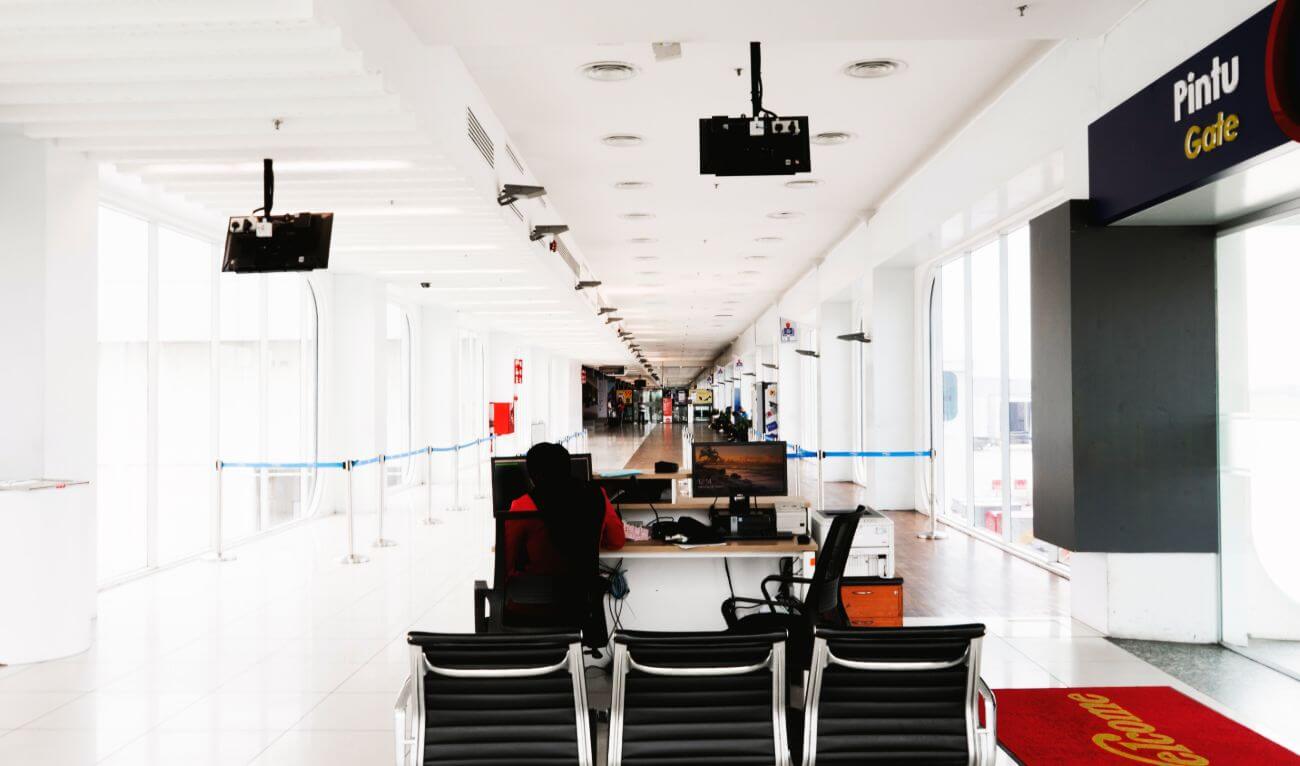 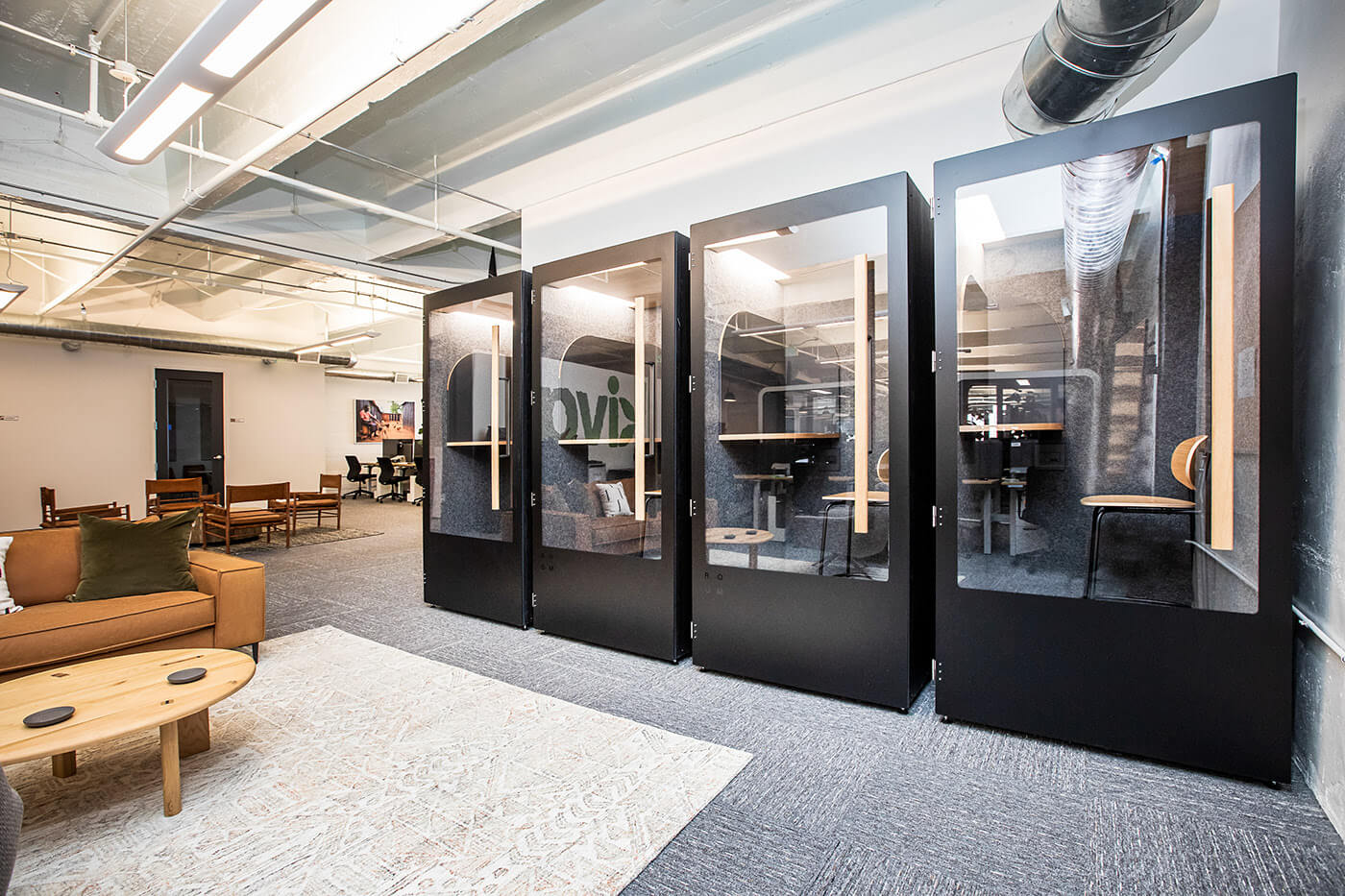 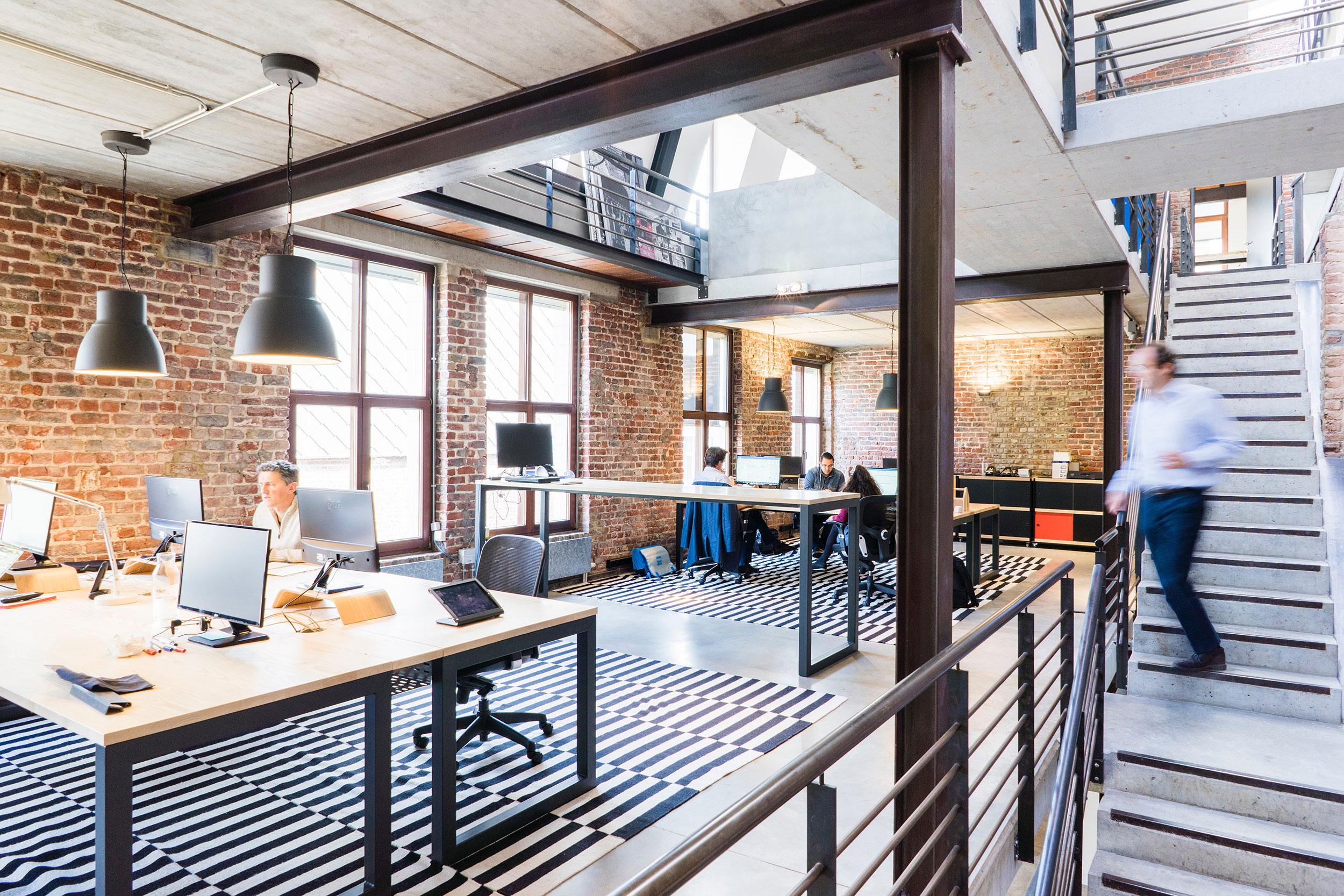 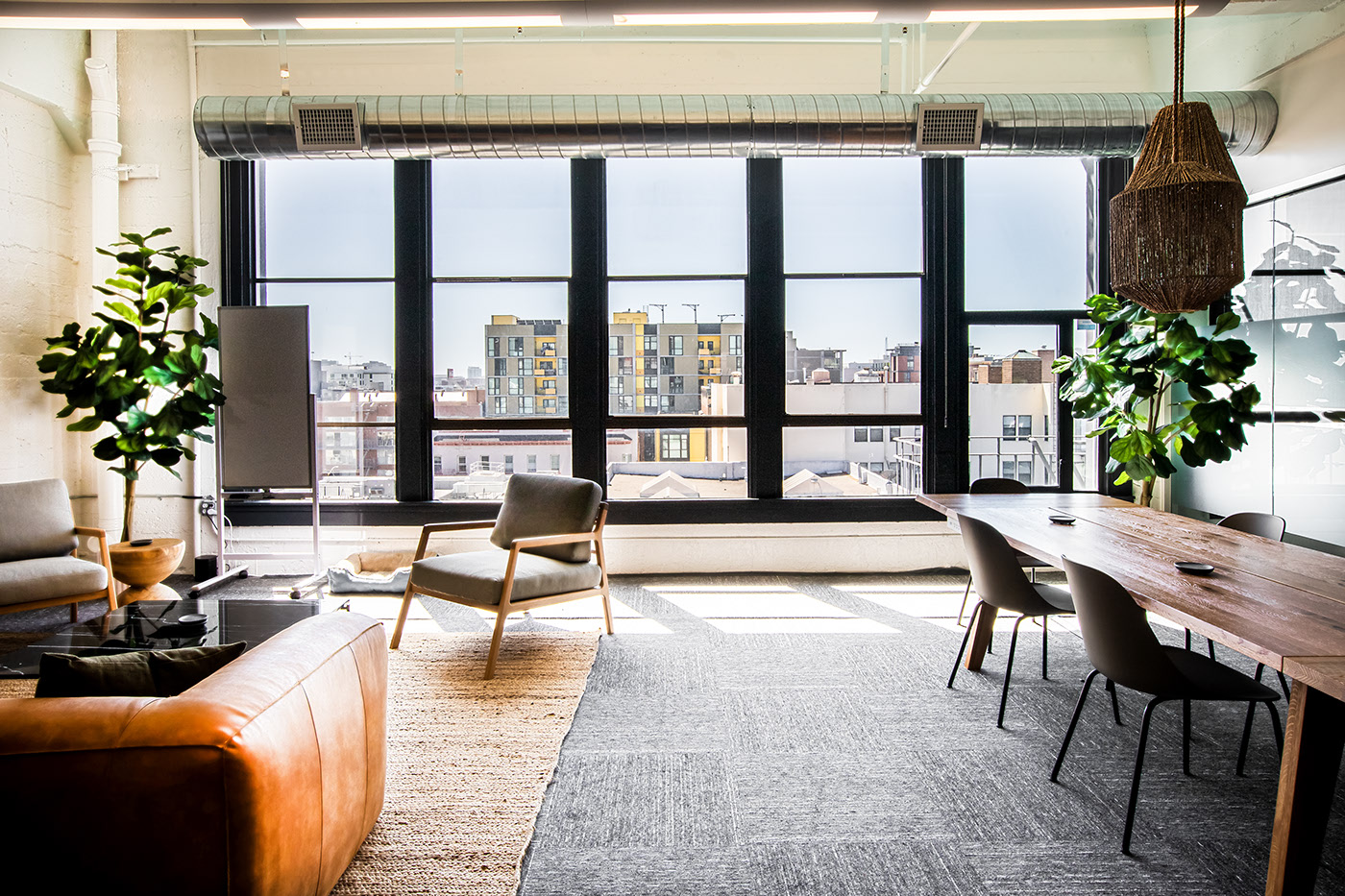 San Antonio is a city that's always thriving, as it's the home of companies such as Whataburger, iHeartMedia and Dahill Office Technology, which each have brand-inspired office design that has been approved by the City Council. It's also the home of well-known, inspirational places such as The Alam and San Antonio River Walk, as well as Market Square in the Historic District and Office of Historic Preservation. There have been many great ideas to come out of San Antonio, such as Gatorade, Church’s Chicken and Fritos, and let's not forget the growing technology scene in this city. Whether it's a business starting in a shared office space or a team looking for a new office in Downtown Business District, office design can seal the deal on their collaboration, ideas and project delivery. We want to see what else comes out of San Antonio, which is why our design team and interior design consultants are ready to create a productive office space with a motivating interior design for growing companies who need a new office approved by the City Council. San Antonio, city, seat (1837) of Bexar county, south-central Texas, U.S. It is situated at the headwaters of the San Antonio River on the Balcones Escarpment, about 80 miles (130 km) southwest of Austin. View of the San Antonio, Texas, skyline at dusk.Donovan Reese/Getty Images San Antonio was founded May 1, 1718, when a Spanish expedition from Mexico established the Mission San Antonio de Valero. By 1837, when it became a county seat of the Republic of Texas, it had been renamed San Antonio. San Antonio: mapMap of San Antonio, Texas, 1730.Courtesy of Texas State Library & Archives Commission At the time of Mexican independence in 1821, San Antonio was, along with Goliad and Nacogdoches, one of three established Spanish communities in Texas. In 1836 San Antonio was still the foremost city of Texas, with some 2,500 inhabitants. The River Walk at night, San Antonio, Texas.Jeremy Woodhouse/Getty Images A large portion of trade between Mexico and the United States passes through the San Antonio area’s interstate highway system. San Antonio, University of Texas at San Antonio, University of Texas atUniversity Center, University of Texas at San Antonio.Longhornsguy07 San Antonio Missions National Historical Park (established 1978) preserves the Spanish missions Nuestra Señora de la Concepción de Acuña, San José y San Miguel de Aguayo, San Juan Capistrano, and San Francisco de la Espada. The park, with a total area of about 1.3 square miles (3.3 square km), is located along the Mission Trail, which begins at the Alamo and extends 9 miles (14 km) southeastward along the San Antonio River. Mission San José y San Miguel de AguayoMission San José y San Miguel de Aguayo, part of San Antonio Missions National Historical Partk, San Antonio, Texas.Historica American Building Survey/Library of Congress, Washington, D.C. HemisFair Park, the site of the world’s fair, is linked to the central city by the River Walk and is used for conventions and exhibitions; the park’s Institute of Texan Cultures traces nationalities of Texas, and its Tower of the Americas, 750 feet (229 metres) tall, is a city landmark. Annual events include a rodeo (February), Fiesta San Antonio (April), and the Texas Folklife Festival (June).